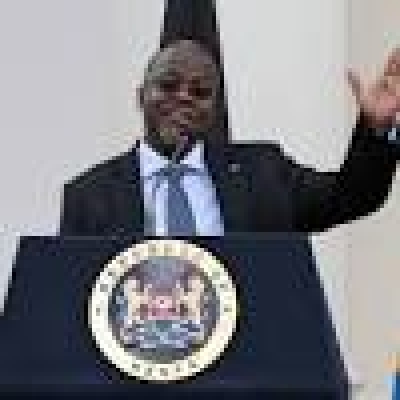 In just a month, Tanzania went from having only 20 coronavirus cases recorded to 480 cases, an alarming increase which puts the country with the highest number of cases in East Africa. However, the country’s president John Magufuli is convinced the number may be exaggerated due to technical hiccups with the imported testing kits.
Magufuli, who holds a doctorate in chemistry, said the testers had randomly obtained several non-human samples on animals and fruits which included a sheep, a goat and a pawpaw and the results came out positive. The samples were given human names and ages and were submitted to the country’s National Referral Laboratory to test for coronavirus without the lab technicians knowing the true identity of the samples.
This apparently prompted Magufuli to believe some people who were tested positive for Covid-19 might not have contracted the novel virus after all. “I have always raised my suspicions about how our national lab has been conducting the Covid-19 cases,” he said at an event in Chato in northern-western Tanzania. The president, who has ordered a probe into the country’s testing protocols, insinuated possible interference by unnamed saboteurs.
But Tanzania has long been criticized by public health experts for enabling  a more relaxed approach to the pandemic compared to the strict lockdowns and restrictions in neighboring East African countries. Instead Magufuli has asked Tanzanians to pray away the virus and left places of worship open since the Covid-19 outbreak began.

The additional pressure on the president has come after three members of parliament in the opposition party died with suspected Covid-19 symptoms over the last two weeks. The opposition party is now refusing to come to parliament as they try to self-isolate while Magufuli has threatened to charge them sitting fees in their absence.
Magufuli is now putting his trust on a herbal treatment touted as a cure for Covid-19 by the president of Madagascar Andry Rajoelina. However,  the World Health Organization (WHO) has warned that there was no proof of any cure.
“I am communicating with Madagascar, and they have already written a letter saying they have discovered some medicine. We will dispatch a flight to bring the medicine so that Tanzanians can also benefit. So as the government we are working day and night,” he said.
The Republic of Congo and Guinea Bissau are other African countries who have promised  to import the herbal remedy.
Soon after Magufuli was elected in October 2015, Tanzanians and even other Africans, celebrated his “bulldozer” persona for getting things done such as firing a number of government top officials in his anti-corruption crusade with impromptu visits to public institutions. The hashtag #WhatWouldMagufuliDo? trended on Twitter during this honeymoon period and seen as a wake-up call for other African leaders to emulate the no-nonsense Tanzanian leader.
Over time that shine has worn off with media clampdowns and the president has come under fire for the country’s deteriorating human rights situation which included a policy on banning pregnant girls from school.
The country is set to hold elections later this year, with Magufuli likely to contest again.
(Source:- QUARTZ AFRICA, By Rabson Kondowe
May 4, 2020)

More in this category: « Coronavirus: World leaders pledge billions for vaccine fight Coronavirus: Most Africans 'will go hungry in 14-day lockdown' »
back to top