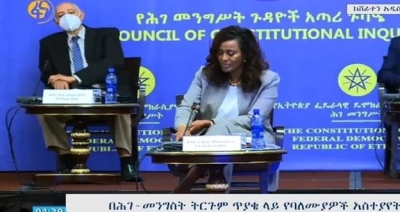 In the past, debate about the Constitution was out of the question; however, we are now hearing different
perspectives   from   many   legal   experts  and   scholars   as   they   enter   in   to   a   healthy  dialogue.   The   present
Constitution, though flawed, is the only one we have; however, this present discussion is an indication of its

More in this category: « Coronavirus: Most Africans 'will go hungry in 14-day lockdown' Europe is considering barring American travelers »
back to top