Why has ‘Z’ been embraced by supporters of Russia’s Ukraine war?

First spotted on the side of Russian tanks and military vehicles amassing on the border with Ukraine, the letter “Z” has since become the main symbol of public support for Russia’s war in Ukraine.
Following the February 24 invasion, government supporters have used the letter, which does not exist in the Cyrillic alphabet used in Russia, to show solidarity with the armed forces fighting in the neighbouring country.
In one video shared on social media, former spy Maria Butina, convicted of espionage in the United States, can be seen carving the symbol onto her jacket.
Russian gymnast Ivan Kuliak had the letter prominently taped on the front of his outfit as he stood on the podium next to Ukraine’s Illia Kovtun during an event in Qatar’s capital, Doha. He now faces disciplinary proceedings by the International Gymnastics Federation, which blasted his “shocking behaviour”.
And at a cancer hospice in the city of Kazan, staff and patients, including children, lined up to form the letter Z in the snow, according to an image circulating online.
Film critic Anton Dolin, who has criticised the “criminal war” in a Facebook post and is now in Latvia, noticed before leaving that the door to his apartment had been spray-painted with the letter Z.
“The purpose of this is clear,” he wrote. “We know where your family live, beware.”
Meanwhile, Russia’s internet censor board, Roskomnadzor, changed its Telegram channel handle to emphasise the letter Z.
A large sign showing Z alongside a hashtag reading “We don’t leave ours” can also be seen over a street in Saint Petersburg, Russia’s second-largest city.
The symbol has also been embraced by pro-war supporters outside Russia – on Friday, Serbs demonstrating in support of Moscow’s actions carried banners with the Z letter and painted it on the streets of Belgrade as they marched through Serbia’s capital.
What does it mean?
There have been various theories put forward since Z was first seen emblazoned on military hardware, alongside other letters, including V and O.
They have ranged from suggestions that they stood for the first letters of the full name of Ukraine’s president, Volodymyr Oleksandrovych Zelenskyy, to suspicions that they represent the areas where the soldiers operating them were usually based.
An Instagram post by the Ministry of Defence has meanwhile suggested that the Z symbol stands for “za pobedu”, or “for victory”.
Russia’s war has drawn widespread international condemnation, resulting in Western countries imposing crippling sanctions against Russia and prompting an exodus of a number of multinational companies from the country.
Last week, the Russian Ministry of Defence acknowledged that 498 Russian soldiers have died since what it calls a “special military operation began”.
Russian media are supposed to report on the war using only official, government-approved sources. News outlets and schools have also been banned from referring to the ongoing hostilities as an “invasion”, “attack”, or “declaration of war”.
(ALJAZEERA)

More in this category: « Russian authorities arrest more than 5,000 anti-war protesters US Senate Approves Resolution Probing Putin for War Crimes »
back to top 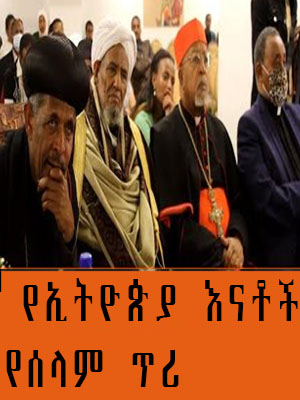