Election 2021: Ethiopia’s transition from a dominant coalition to a dominant party

Ethiopia will hold its next general election this coming June. The previous five ones, by and large, had been rubber stamps for the Ethiopian Peoples’ Revolutionary Democratic Front (EPRDF). In the 2015 election, the EPRDF and allied parties, comically, won the entire federal and regional parliamentary seats.

Since then, the reforms of the National Electoral Board of Ethiopia (NEBE) had given some hope that the upcoming vote could be fairer and freer.

However, there are at least five reasons why we should be less sanguine about the prospects of a peaceful election. The ruling Prosperity Party (PP), led by Prime Minister Abiy Ahmed, enjoys significant incumbent advantages and will undoubtedly win the poll.

Violence becomes almost inevitable if voters are presented with a fait accompli. For this not to happen, PP must refrain from using its incumbent advantages that will undermine the election. These advantages arise from the following five features of the party and the way it operates.

PP’s first advantage comes from its extensive outreach across the ten regional states and the two self-governing cities that make up Ethiopia’s federation.

It is a party formed under a new name after merging the EPRDF (minus the Tigray People’s Liberation Front) with five other ruling regional parties. Therefore, PP’s tentacles are spread across all regions.

Its countrywide presence will enable PP to win enough votes in each region that will eventually add up to earn it the 274 parliamentary seats needed to form a government (or 255 if Tigray’s 38 seats are removed as the election is not scheduled in the war-torn region). The federal parliament has a total of 547 seats.

For example, PP could win just half the constituencies in each regional state and city and still achieve exactly the required 255 seats.

Most of the opposition parties have their constituencies in one or two regions. Thus, they will contest in a fewer number of districts than PP will.

Among the opposition, so far only the Ethiopian Citizens for Social Justice (Ezema) announced that it plans to field a candidate in each of the 435 districts it believes it has a chance of winning. How far Ezema will be able to compete against PP’s established presence in these constituencies is an open question.

The second incumbent advantage emanates from PP treating the publicly funded media like its own private marketing channel; so, just like EPRDF did. In practice, the opposition parties hardly get access to public TV, radio, and newspapers. If they do get access at all, it’s whenever they lend their support to PP’s achievements, not to present their own agenda.

Ironically, Merara Gudina, the embattled Oromo Federalist Congress leader, is on the Ethiopian Broadcasting Corporation’s board. But, it doesn’t look like he had any influence. The freedom PP enjoys in using the public media as it pleases are of the opposition’s own making. They are not seen challenging PP’s monopoly over the public broadcaster.

PP also has Fana Broadcasting Corporation, which pumps out material that propagate the values of those in power, denying the public access to alternative views. Manufacturing consent at its best.

While there are private media outlets that sympathize with the opposition, none come close to Fana, both in outreach and resources. Until the government shut it down, the one potential competitor was the Oromia Media Network, aligned to the views of the Oromo-affiliated opposition parties.

The third, and perhaps the ruling party’s most significant incumbent advantage, is the financial resources at its disposal. PP’s fundraising campaign is something the country had never seen before. The party hosts regular 5- and 10-million-birr worth dinners for the rich and famous. Not to mention the donations the Prime Minister personally received from the United Arab Emirates royal family.

Although these funds are spent on upgrading the country’s tourism sector, we cannot rule out the possibility that the party could use them to build its own clienteles network. More so because there is little transparency on the procurement processes.

A few months back, Abiy told the members of parliament that they have no business asking him where he gets his money from or how he spends it, as long as it doesn’t come from the public purse.  To rebuff accountability in this manner corrodes the public’s trust for the leaders and blemishes the political culture.

The First Lady also has her own contributions to make. She has already built thirteen schools across the country, in addition to her charity work in support of the disabled and low-income women.

While the Prime Minister’s pet projects and the First Lady’s philanthropy are commendable, their riches raise the entrance cost for the opposition parties, who lack the resources to spend on this type of self-promotion.

Fourth, not only the ruling party commands its own funds, but it also decides where public investments are allocated. Of course, this is part of the job, but it’s also common knowledge that incumbents use public investment to boost their campaign.

It suffices to watch the state-controlled media to notice the numerous ribbon-cutting ceremonies and the inauguration of schools, hospitals, roads, irrigation facilities and many other public works projects throughout the country.

The opposition challengers do not have such ‘pork’ to offer, which are extremely attractive to voters; particularly to low-income voters who can easily feel indebted and tend to vote for, what political scientists call, the “sure winner”, rather than for the fragmented and poorer opposition. As to the fragmentation, no less than 52 political parties are expected to participate in the upcoming election. That is a lot less than before—but it is still a good many.

The militarization of the country and the frequent political purges offer PP the fifth advantage. For example, the command posts and state of emergencies in Oromia (the Wellega zones) and Benishangul-Gumuz (Metekel Zone) regions make free movement impossible for the opposition candidates.

If the security situation remains unchanged, they will mostly be unable to open party offices, recruit candidates, or run their election campaigns.

The imprisonment of senior leaders from the Oromo Federalist Congress, the Oromo Liberation Front, Balderas for Genuine Democracy, and many other parties means PP will have less opposition, especially in Addis Ababa and Oromia.

The opposition groups that survived the purge face a multitude of repressions, from closure of their offices to bans on rallies. The OLF announced that its branch offices have been closed and its headquarters is under surveillance. A rally planned by Balderas for 31st January was denied by the police, while PP organized its own multi-city in-your-face rallies on 2 February.

If the election is to be a truly competitive exercise among equals, then some serious measures have to be taken to create a level playing field where everyone has a fair and equal chance of winning.

The following should be the first steps.

From the opposition camp, the parties can benefit from merging and creating coalitions to extend their outreach well beyond their single ethnic constituency or support base.

Say, for the sake of argument, a coalition among the Ogaden National Liberation Front, the Oromo Liberation Front, and the Afar People’s Party is formed. This alliance will definitely be a force to be reckoned with, representing a good chunk of the parliamentary seats needed to compete with PP.

Unfortunately, the mergers and coalitions we see currently will not amount to a great challenge to PP.

For example, after their parties got delisted by the electoral board, members of the Ethiopian Democratic Party (EDP) and the Ethiopian National Movement (ENM) joined the Hibir Ethiopia Democratic Party. But, these three parties have the same constituency and the merger is unlikely to change the fact that they will hardly extend beyond their traditional base. They will still lack representation in regions like Somali, Afar, Sidama, and Gambella, for instance.

The key is to forge alliances outside of one’s established support base, ethnic or ideological. Effectively, the opposition parties have to replicate PP’s structure to beat it.

The electoral board and other concerned organizations must also push the publicly funded media to open up for the opposition parties.

This must go beyond the token few minutes allotted to them in the run-up to the election. As a normal practice, the taxpayer-funded TV, radio and newspapers either have to be truly independent or dedicate sufficient air time to the opposition parties.

In a country where only 18.6 percent of the population uses the internet, and less than 40 percent have mobile subscriptions, the mainstream media outlets are indispensable to get the message across.

Campaign contributions must also be limited and regulated. Besides nurturing a culture of patronage, the unlimited fundraising activities by the Prime Minister and his party crowd out the opposition, effectively creating barriers to entry in the fundraising marketplace. This is why the opposition parties tend to rely on membership contributions and smaller donations.

The ruling party must bring the country’s deteriorating security situation under control and rethink the cases brought forward against the political prisoners. It’s difficult to see how the election will be competitive, peaceful and credible, with many of the senior opposition leaders languishing in jail.

The electoral board and civil society organizations may not have the will or the capacity to stop PP from exploiting its incumbent advantage.

But there is no question urgent action is needed, if we are to make the contest a little less comical and prevent election violence.

More in this category: « René Lefort has misread the prime minister, and the Ethiopian people Is the international community failing Ethiopia again? »
back to top 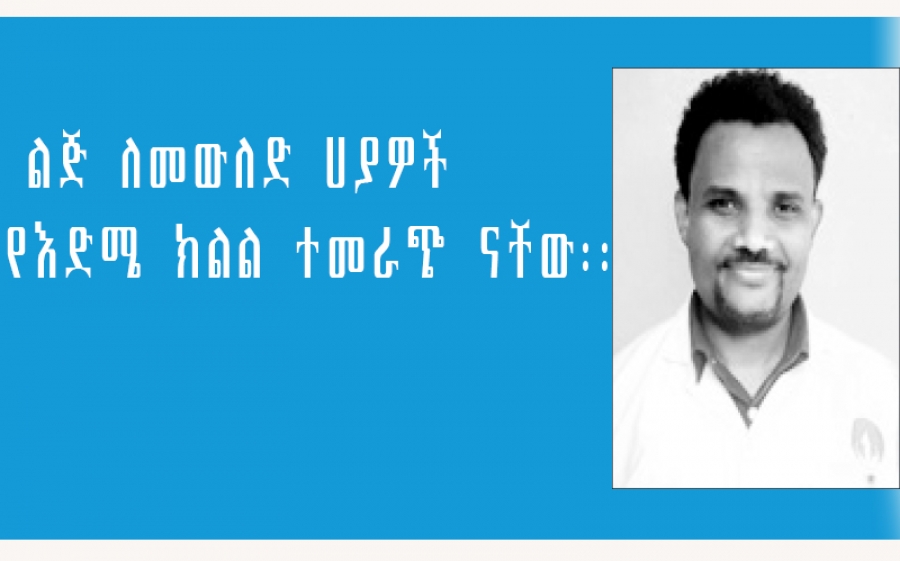 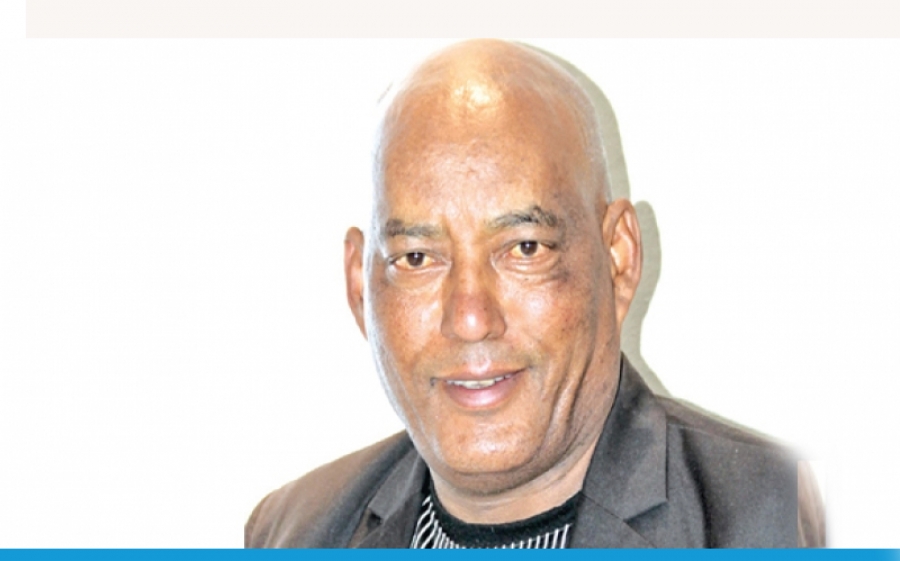