May 2, 2020:- As part of the national effort to combat COVID-19 pandemic and diversify
its revenue streams, Ethiopian Airlines Group has set to launch production of ventilators
that can be used in hospitals to treat patients.
Fully owned by the Government of Ethiopia, Ethiopian Airlines Group, has recently made
a deal with a Chinese company to start production of ventilators, according to Tewolde
GebreMariam, CEO of the Group.
Presenting the activities of Ethiopian Airlines Group (Ethiopian) to the national committee
against COVID-19 led by Prime Minister Abiy Ahmed on Friday, Mr. Tewolde indicated
that recently Ethiopian has provided maintenance service of 31 ventilators to the Ministry
of Health of Ethiopia.
He noted that the plan was initially to partner with an European company to produce the
ventilators, meanwhile because of the delay Ethiopian has ventured with a Chinese
company.
Currently in Ethiopia about 200 ventilators are dedicated to COVID-19 patients, according
to Dr. Lidya Tadesse, Minister of Health of Ethiopia, who also presented her ministry’s
activities in relation to preparations for the fight against COVID-19. So far three people
have died in Ethiopia by COVID-19 out of the total 135 confirmed cases.
At the time some African Airlines like South Africa Airways, are forced to lay off all their
employees and are in the process of selling their asset, Ethiopian Airlines has so far
maintained all its employees and has been paying its debt with interest, according to Mr.
Tewolde.
"We have managed to fully maintain our payroll. We haven’t lay off a single employee. We
are also paying our debt with interest. We are also paying monthly airplane leasing fee,”
Mr. Tewolde said.
Meanwhile he also stated that Ethiopian Airlines Group is forced to delay the delivery of its
initially ordered airplanes from Boeing and Airbus until the number of its passengers start
to pick.
The estimate of the Group shows that It may take up to one to two years for Ethiopian
Airlines to boost its number of passengers as it was before COVID-19. But Prime Minister
Abiy of Ethiopia says it won’t take that long for Ethiopian Airlines to get back on track as
he sees many opportunities for the national career.
Prime Minister Abiy stated that with challenges COVID-19 has also brought investment
opportunities for companies like Ethiopian Airlines and urged the CEO to keep looking for
opportunities. Recently experts have been advising African countries to explore
opportunities in mist of COVID-19 pandemic such as, expanding their investment in food
production, speeding African regional integration and trading within themselves as well as
boosting their manufacturing capabilities and substitute imports.
As a result of the global pandemic, COVID-19 (coronavirus) the aviation industry is one of
the sectors badly hit. Many airlines have been asking their governments for bailout, while
in Africa some careers such as Mauritius Airlines have so far declared bankruptcy.
Out of Africa, airlines in the developed world like in the United States have got $25 billion,
while Air France and KLM of the Netherlands have also secured $7 billion Euro and $4
billion Euro, respectively from their governments.
“We are in better position [under such a circumstance]. The motivation and the spirit of
the employees is also good, especially we are working hard on cargo services,” said Mr.
Tewolde, stating that cargo flights for Ethiopia’s flower and meat produces have been
growing. “…When we come out (post COVID-19) we come out strong,” said Mr. Tewolde.
In relation to safety of the employees, he stated that Ethiopian Airlines has been strictly
following social distancing principle, temperature testing and three of its cabin crew
members who were previously infected by coronavirus have now fully recovered.
Ethiopian Airlines Group, which has not got any financial support from the government,
recently declared $590 million loss because of dramatic decline in the number of
passengers. Meanwhile the Group, which has seven business wings – including those that
provide maintenance, training services, has been working to diversify its income streams
while focusing on cargo services to compensate its loss.
Including some 3,000 outsourced employees, Ethiopian Airlines has around 17,000 staff
members.

More in this category: « The disinformation charges against critical journalist Yayesew Shimelis do not seem legally rigorous Africa: Spared of the worst, or bracing for the worst? »
back to top 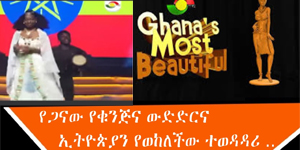