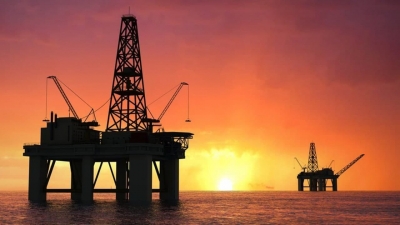 Petrol prices have hit another record high as oil and gas costs soar amid fears of a global economic shock from Russia's invasion of Ukraine.
Oil prices jumped to $139 a barrel, the highest level for almost 14 years, while wholesale gas prices for next-day delivery more than doubled.
It came as the US hinted at a ban on buying Russian energy, as it looked to other countries to increase supplies.
UK petrol prices hit an average of 155p a litre, the AA motoring group said.
The market turmoil is fuelling concerns that the price of many everyday items from food to petrol and heating, already rising at their fastest rate for 30 years, could be pushed higher.
Analysts have already warned that UK energy bills could reach as high as £3,000 a year due to the surge in oil and gas prices.
Russia is the world's second top producer of crude oil after Saudi Arabia, and supplies about a third of Europe's needs. The price of Brent crude rose by more than a fifth last week amid fears of a reduction in Russian supplies.
The latest rise in UK petrol prices has pushed the cost to more than £7 a gallon, the AA said. Filling up a car with a 55-litre tank now costs nearly £17 more than a year ago, rising from £68.60 to £85.59.
The boss of fuel delivery firm Portland Fuel, James Spencer, told the BBC he thought fuel prices could reach £1.70-£1.75 a litre. "Even if we can get extra [oil] supplies on to the market, nothing will happen quickly."
He said that, to a certain extent, individual car drivers have options to cut their use by driving less, but added that businesses that have no alternatives were really starting to feel the squeeze.
The crisis continues to cast a shadow over share markets. The main stock exchanges in France and Germany sank more than 4% in early trading, before recovering some ground. London's FTSE 100 was down more than 2% at first, but then recovered to stand 0.75% lower. Last week, the FTSE had its worse week since the start of the pandemic in March 2020.
Asian shares also fell on Monday, and on Wall Street markets are forecast to open sharply lower when trading gets under way.
The price of gold, a haven in troubled times for investors looking for security, hit $2,000 an ounce for the first time in almost 18 months.